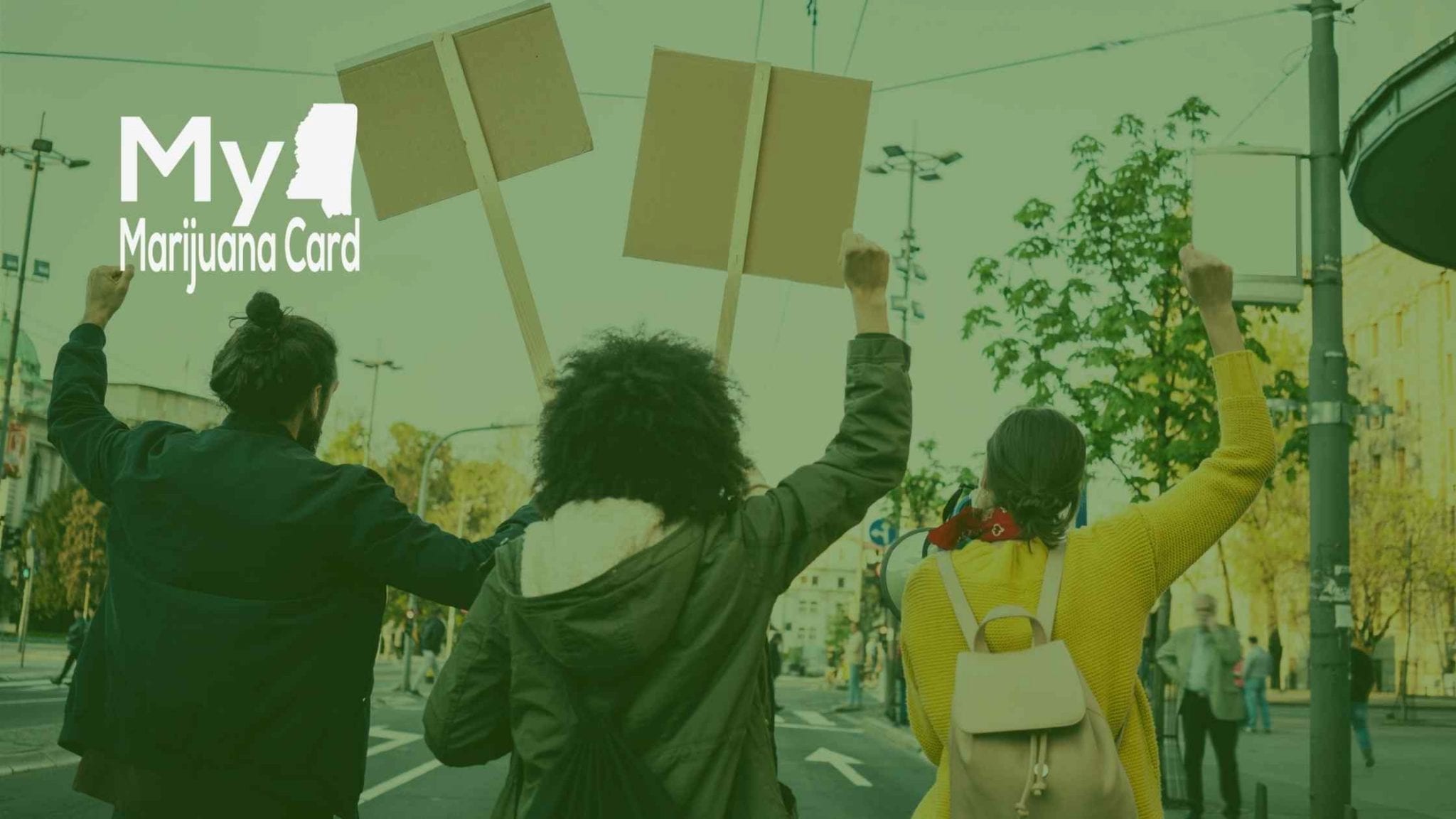 Mississippians are fuming at the recent denial of Initiative 65. Last week on Tuesday morning, 200 people gathered near the Supreme Court and the state Capitol for a rally protesting the denial of initiative 65. Many of the people who came out to protest the recent ruling were members of the Facebook group ‘We are the 74’. The group formed shortly after the ruling and consists of 8,500 members in the community who discuss their feelings amongst one another, actions to take, and share their personal stories as to why they voted to get medical marijuana approved in their home state in the first place.

The Facebook Group, ‘We are the 74’ for the Approval of Medical Marijuana in Mississippi

The group is the 74% in Mississippi that voted for Medicinal Cannabis, but are also the 100% of Mississippians that are fed up with our voices being silenced! They are here to fight for Mississippians’ constitutional, GOD-GIVEN RIGHTS and unify to have their VOICES heard. Common people with a common goal. Join the discussion of medical marijuana approval in Mississippi! Listen here if you are interested in the June 3rd meeting. You should know what is being discussed that runs contrary to what you have clearly voted for! They’re aware that many of you will be busy, so they will listen in to the June 3rd meeting regarding the initiative process and your medical cannabis program, and will make a list of bullet points in the Facebook group of what is said to keep everyone up to date regarding what your legislators are saying. The main issue is that Mississippi Legislature has not been keeping up with bills and proposals. That needs to changes now!

The rally featured live music, including a band performing a few vintage marijuana favorites from the 1960s, as well as various speakers. It was a mixed gathering of patients and their families, cannabis supporters, business people trying to get into the marijuana industry, and voters who believe the court and lawmakers have cheated them.

Medical marijuana advocate, Carolyn Prisock, attended the recent rally and she suffers from chronic migraines due to having a brain tumor removed a little over 15 years ago. She experiences horrible side effects from the medications she is currently prescribed to help relieve her pain. One of the medications even caused her to temporarily lose her eyesight. Carolyn is one of many voters who were hopeful that the medical marijuana program in Mississippi would bring her some relief this coming fall when the assumed launch was to take place. She told reporters at the recent rally that taking prescription medication is comparable to ‘taking poison’, and that the state Supreme Court ‘pulled the rug out from under her feet’.

Carolyn exercised her first amendment right this past week by protesting the denial of Initiative 65 with 200 others at the state capitol. Carolyn and other protestors called on Gov. Tate Reeves to call the legislature back to Jackson in a special session and for lawmakers to reinstate the Mississippi medical marijuana program.

This call has received support from a number of legislators. Reeves said he’s considering convening a special session, but it’s still “a long way off.” He stated that first and foremost, legislative leaders must be on the same page. So far, Senate President Delbert Hosemann has stated he’s open to creating a medical marijuana program, but that reforming the ballot initiative process can wait until next year. Speaker of the House Philip Gunn wants a special session to address the ballot proposal but says medical marijuana can wait.

The ultimate goal of the recent rally is to prompt action toward reinstating the medical marijuana program in Mississippi. Protesters hope that their effort encourages leadership to step up to the plate to make some serious changes. Protestors feel as if The Supreme Court took away their voice, and right to choose. Carolyn and other protestors believe that the decision to deny Initiative 65, will ultimately force people out of Mississippi, lowering the population due to their ‘backward ideology’.

How can Mississippi Residents Help?

Rallies and Facebook groups are just a couple of ways Mississippians can express their frustrations about the recent ruling. Another way you can show your disappointment over the denial of Initiative 65 is by writing to your local Mississippi representatives.

First, you will need to gather their contact information such as phone numbers and email addresses. It’s important to keep in mind that you will be dealing with some not-so-cannabis-friendly state representatives. Proper education of the program, its benefits, and your personal stories or reasoning are key when expressing your passion for reinstating Initiative 65 to government officials in Mississippi. A great resource for finding cannabis-friendly local representatives in your state is The Cannabis Voter Project. This website helps cannabis advocates locate local government representatives in your state, making the process much easier and less time-consuming. The Cannabis Voter Project lists all of Mississippis state representatives including what they do and do not support as far as cannabis legalization goes. This information helps when drafting up your email, phone script, or formal letter.

Once you have found the correct contact information, you can start reaching out! If you already know your representative’s name, you can use the Capitol switchboard line by calling 202-224-3121 and using their phone directory. If you are not interested in calling, you can also mail in a formal letter. Although this is more time-consuming, it is still impactful as it shows your passion and dedication for reinstating the medical marijuana program in Mississippi and what the reinstatement means to you and your individual situation.

If you are interested in reaching out to express your discontentment for the recent ruling denying Initiative 65, we have compiled a list of Mississippi representatives below for your convenience. The list below includes a link to each individual representative’s contact forms on their website so that you can easily fill out the form with your contact information and express your concerns surrounding the program’s recent denial.