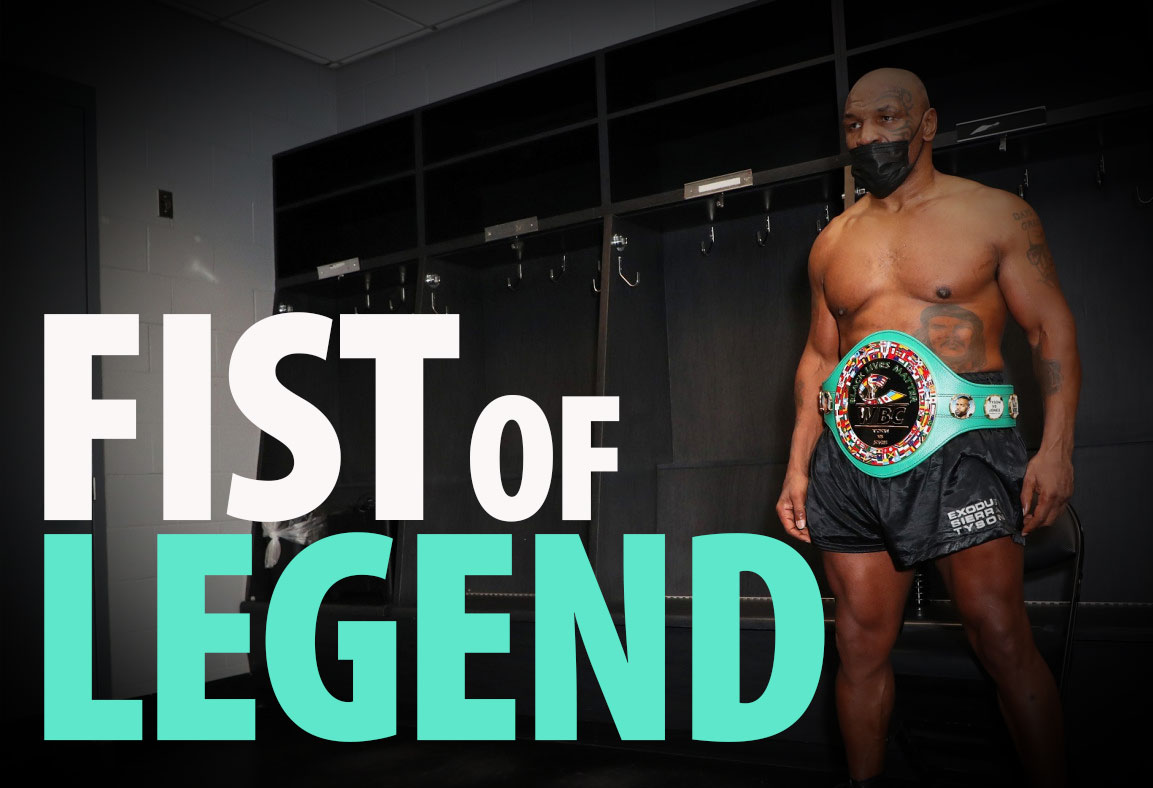 Photo courtesy of Complex.com/Getty Images
Mike Tyson is making news with his new weed business, epic physical transformation, and one of the biggest pay per view events ever. The craziest thing about it? Weed kept him centered through the whole thing.

Mike Tyson emerged from a dangerous upbringing and troubled childhood to become one of the most feared boxers of all-time. Known for his explosive speed and devastating punching power, he still holds the record of youngest boxer ever to win a heavyweight title.

Tyson owns the Tyson Ranch, a recently opened 40-acre marijuana resort in California City, California. It’s been reported that aside from marijuana, Tyson is completely sober, and apparently smoked before the Tyson-Jones Exhibition match, which recorded jaw-dropping PPV revenues.

Here’s the video for Mike Tyson ft. Mike Tyson, by indie electronic music duo Tiki Lau. It’s big on social media right now. The track bangs and the video is absolutely bananas. It’s yet another Tyson win as he continues to ride a resurgent wave of greater success.

We’re really excited to hear about Mike Tyson’s body transformation and resurgent success. We’re always glad to hear stories of those who have the strength to see past stigmas and take their wellness in hand through the use of healing marijuana. Just think: If marijuana has the power to calm down Mike Tyson, what could it do for you?

That’s the type of question we love to help answer, as we provide medical marijuana certification services for residents of Michigan and Ohio. That’s right, medical marijuana certification in two very conservative Midwestern states. If you live in Michigan or Ohio, including cities like Grand Rapids, Columbus, Detroit, Toledo, Lansing, Cincinnati, Ann Arbor or Akron, you could schedule a telemedicine appointment and be approved for legal use of medical cannabis the very same day.

Who knows? You may even come to view the holidays in a brand new light once you explore fantastic new strains that may help ease holiday stress, increase appetite, ease muscle tension and pain, and much more.