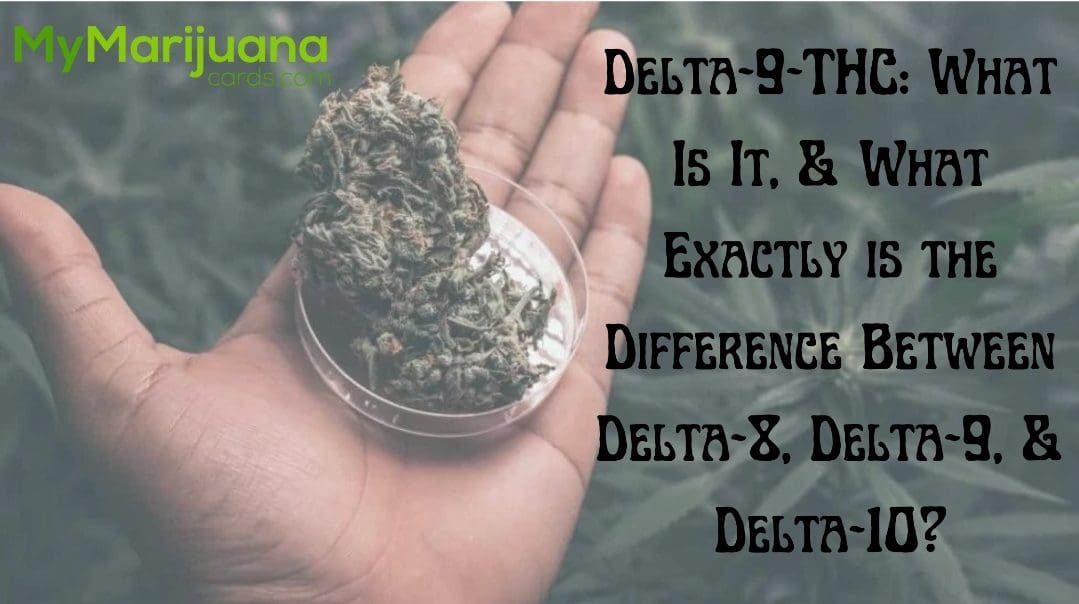 There has been a change in both public opinion and the law regarding cannabis. As a result, a whole new industry catering to canna oil, dabs, and vapes has emerged. Hemp’s market for cannabis-like products has been facilitated by its decriminalization. Both delta-8 and delta-10-THC are chemically distinct forms of THC, each with its own set of benefits, risks, and murky legal standing. When cannabis is prohibited, supporters of delta-8 and delta-10 see gains.

Unlike delta-9-THC, the more common form of THC, delta-8, and delta-10 are chemically indistinguishable. There has been a huge upheaval in medicine, culture, and legality, all of which THC has helped to spur. A new industry birthed by untapped profit potential and legal slack. Delta-8, -9, and -10 are all different. How do you decide? In what ways can there be legal complications?

THC is used to treat pain, increase appetite, and reduce nausea and vomiting caused by chemotherapy. When people refer to THC, they are usually referring to delta-9-tetrahydrocannabinol. Cannabinoid delta-9 is widely available. The breakdown of THC produces minute quantities of delta-8 and delta-10. THC levels decrease as cannabis matures. THC may potentially be broken down by oxygen, heat, and light into two other compounds: delta-8 and delta-10 THC, as well as cannabinol (CBN).

Where Does Delta-9-THC Come From?

To understand what delta-8 and delta-10 are, a basic understanding of the chemical makeup of cannabis is necessary. Selecting the right delta requires understanding cannabis biosynthesis, deterioration, and physiological effects.

All cannabinoids are derived from CBG-A, their stem cells. It has a high Cannabigerol concentration, making it acidic (CBG). Cannabidiol (CBD), tetrahydrocannabinol (CBG), and thc (THC-A) are the acids that produce other cannabinoids.  These acids are harmful unless they are decarboxylated by the body’s natural processes, which may be accomplished by heat, light, smoking, or cooking. CBD-A is now CBD, while CBG-A is now CBG.

The plant converts CBG-A into other cannabinoids. CBG-A can decarboxylate and transform into CBG, THC-A, CBD-A, and the acids that generate additional cannabinoids. Both THC-A and CBD-A are produced to serve as a barrier for the flowers as they bloom, protecting them from predators. Weeds and insects are both victims of cannabinoids.

The significance of this molecule lies in the fact that CBG-A can be converted to THC-A and ultimately to THC itself. Some studies suggest that THC progressively oxidizes into CBN and maybe even small amounts of delta-8 and delta-10. Even though delta-8 and delta-10 THC occur in the wild, the vast majority of THC is synthesized from CBD in hemp. Due to its same chemical makeup, cannabis may be altered into many forms by using various solvents.

Delta-8-THC is an artificial version of THC that may be used to get around laws concerning cannabis. In places where marijuana use is prohibited, products containing delta-8-THC may be purchased. Many exist on the periphery of the law but are mostly unregulated. Delta-8 may be produced lawfully from hemp. Hemp, defined under the 2018 Farm Bill, is cannabis with less than .3 percent THC. While THC is prohibited, Delta-8 is not. The legalization of low-THC, high-CBD cannabis was included in the 2018 Farm Bill.

The result was a boom in the legal CBD market. Low CBD pricing and abundant CBD oil resulted from an overabundance of CBD-rich hemp. Manufacturers transformed CBD oil into delta-8, a legal form of THC using common chemicals. Cannabidiol (CBD) in hemp may be converted to delta-8-THC with the use of chemicals like hexane or acetone.

Although delta-8-THC is naturally found, it is almost exclusively sourced from hemp varieties rich in cannabidiol (CBD). Since there are no requirements for testing or limits on the concentration of THC in delta-8, it is seldom controlled. Chemicals are released into the body due to this method. Delta 8 products, including hexane, acetone, copper, and nickel, have been detected, according to the US Cannabis Council. Evidence from another study showed that some delta-8 inhalers included incorrect levels of delta-8 and delta-9-THC and metals.

The delta-10 isomer of THC exists as well. They have a chemical composition but have different molecular structures, producing isomers. While they have a chemical makeup, their functions are distinct. Similar to delta-8-THC, delta-10 exists in nature at low concentrations. True Delta-10-THC concentrations of 100% are virtually impossible to come by. CBG and CBC are added to the mix to increase the cannabinoid content. Crystals formed on the affected cannabis at Fusion Farms, leading to the discovery of Delta-10. They used this information to determine how to produce delta-10 from these crystals.

In the nervous system, you’ll find something called the endocannabinoid system. CB receptors control a wide range of biological activities. The binding of CB1 receptors is responsible for the actions of THC.

The CB1 receptor is found in brain regions that are involved in the following:

THC isomers have similar mechanisms of action but distinct physiological effects. Pain, inflammation, and immune cell function are all impacted by CB2 receptors. When applied to CB1 receptors, delta-9-THC causes binding. Although its affinity to CB1 receptors is less, delta-8 may still do so. The effects of delta-8 are similar to those of delta-9 but less. Because of this, you may require a higher dose of delta-8 to get the same psychoactivity as with delta-9-THC. That’s why people who take delta-8 tend to feel less intense anxiety, paranoia, and agitation.

Keep your treatment goals in mind when deciding between delta-8, delta-9, and delta-10. Compared to Delta-8 and Delta-9, Delta-10 has a weaker interaction with CB1 and CB2 receptors. The neurotransmitter acetylcholine is improved by delta-10, enhancing memory, cognition, and neuroplasticity. Products from the delta-10 gene family may include the gastrointestinal motility regulators CBG and CBC.

Many want to know which of the three THC varieties is the most potent. How long each high could last, and how to choose the one that’s best for you in terms of potency and prevalence, delta-9-THC dominates.

Grown for its own merits, not to enhance THC’s effects, delta-8 and delta-10 are developed to produce a legal high. Delta-9 is the most potent form because of its superior binding affinity for CB1 receptors. Very little of a connection is made between delta-8 and CB1 receptors. The cannabinoid’s (THC) affinity for CB2 receptors dampens its psychoactivity. Delta-8 users feel pleasure, relaxation, and reduced anxiety or paranoia.

Despite its lack of significant psychotropic effects, delta-8 is used by certain doctors to treat youngsters. Yes, THC and youth. Since they are now legal, more young people can get their hands on delta-8 and delta-10 products. The CB1 and CB2 receptors are not particularly well-liked by delta 10. The effect is soothing and somewhat trippy. The majority of those who use it report an improvement in their disposition.

That marijuana contained delta-9 THC is one of the reasons it was made illegal. Low-THC cannabis was legalized under the 2018 Farm Bill. What comes below this point. Hemp with a THC level below 3% is illegal. Since delta-8 and delta-10 are derived from legal hemp, they should be considered lawful even if cannabis itself is not. State governments are legalizing medical and recreational marijuana.

Public outcry has led several jurisdictions to outlaw delta-8. If regulations are lax, poisoning, overdosing, and access to THC-containing products by minors are all possible. Delta-8 and delta-10 are illegal in several states. Delta-8 is banned in Alaska, Colorado, Delaware, Idaho, Iowa, Montana, New York, Nevada, North Dakota, Oregon, Rhode Island, Vermont, Utah, and Washington. Although delta-8 is legal in the United States, it may be deadly if it falls into the wrong hands.

The states of Alaska, Arizona, Arkansas, Utah, Colorado, Delaware, Idaho, Iowa, Mississippi, Montana, and Rhode Island all outlaw Delta-10. Cannabis is illegal in Wyoming, North and South Carolina, Idaho, and Nebraska. CBD with THC, medical marijuana, and full legalization of marijuana are all possible, depending on the state.

What Does Cannabis Legalization Mean?

As a result of cannabis legalization, more people will have access to medicinal marijuana for treatment. Products containing delta-8 and delta-10 THC, which may provide a legal high and medical cannabinoids, are becoming more common.

The problem is that the delta-8 and delta-10 markets are primarily motivated by financial gain, whether to cash in on an oversupply of CBD products or to meet the rising demand for THC alternatives. This market is very uncontrolled.