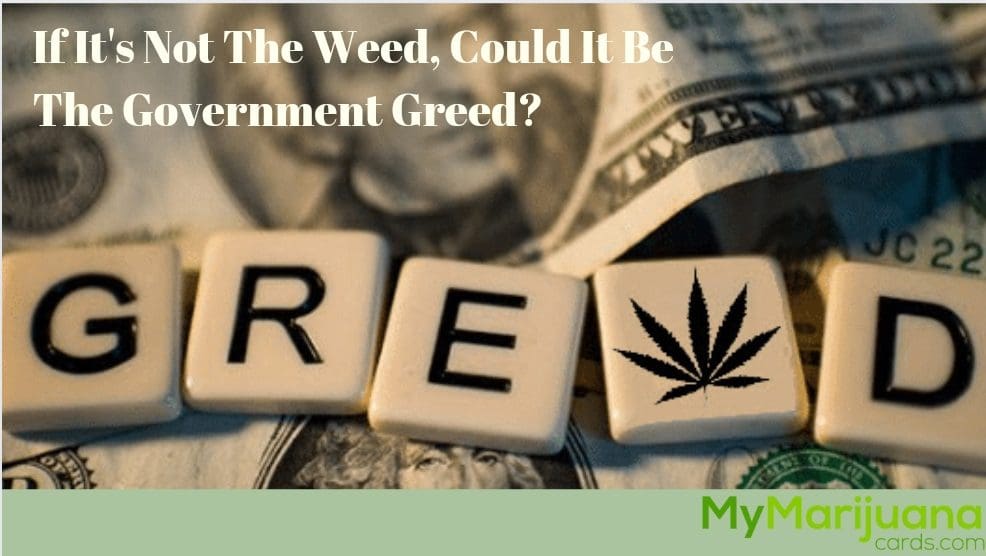 How Is It Possible That America Messed Up Legalizing Pot?

The U.S. government squandered a golden opportunity to raise revenue by imposing excessive regulations and fees on formerly illegal drugs. The legislation may not shut down the $72 billion cannabis industry, but it doesn’t mean it was the greatest option.

On the stretch of Route 101 that connects San Francisco with Humboldt County, Johnny Casali chips 55 pounds of marijuana. For the last 40 years, Casali has been selling marijuana illegally in California. Now that he’s been granted a license, he’s destroying his cash crop. According to Huckleberry Hill Farms owner Casali: “It doesn’t matter how good your product is; there’s so much supply in California that a race to the bottom is taking place.” The “pot country” of the U.S., Huckleberry Hill Farms two greenhouses, produces around 500 pounds of artisan marijuana per season. A lettuce farmer’s margins are as tiny as those of a razor blade, and Casali feels he’s working within these margins.

As a result of the legalization of cannabis, company owners, including “legacy” operations (drug dealers, drug traffickers, and illicit manufacturers), would become affluent. Many people use it, and it was designed to eliminate unlawful portions of it. However, Americans’ elected officials make errors. Cannabis has become the most popular illicit substance in the world, yet legalizing it has proven to be a commercial flop.

Last year, 95% of California’s cannabis growers lost money, according to Jonathan Rubin, CEO of New Leaf Data Services. Profitability is almost impossible in California, where the wholesale price of a pound of cannabis dropped by 52% in 2017. The issue is one of supply and demand. With a little knowledge, producing marijuana can be both straightforward and lucrative. It was grown by farmers to harvest green wealth. It’s difficult for retailers to sell. First, Nimbyism: 2/3 of California’s municipalities have outlawed marijuana dispensaries. Second, marijuana is more heavily regulated than weapons-grade plutonium in the U.S. Third, because of the government ban on marijuana, starting a business is challenging and financial resources are limited. Cash-only dispensaries are ludicrous in a paperless world.

So much cannabis is vying for a limited number of retail places, and most goes to the illegal market, which legalization was supposed to eliminate. The result is one dispensary for every 40,000 residents of California. Prices for legal services decreased by 35% year-over-year during the second quarter in California. Customers spent $5 billion on legal weed and $15 billion on illegal pot in the largest U.S. cannabis industry. According to Cowen Inc., legal marijuana sales in the U.S. were worth $25 billion, with the criminal market accounting for double that amount.

There were 6,606 marijuana arrests in 2021, a rise of 25% over the previous year, even though 60% of Americans favor recreational legalization and 91% approve of medicinal usage. The majority of those apprehended were people of color. In many ways, it’s as if legalization didn’t happen at all. There is a tremendous difference between the legal and illicit marijuana markets regarding tax burdens. Because marijuana businesses aren’t allowed to claim many common business deductions, they face an effective tax rate of 60% or more. State sales taxes might rise as high as 37%.

So, Let’s Talk Street Values Of Marijuana Vs. Legally

Forbes captures many of the industry leaders comments and opinions on what’s happening in the industry and it’s effects on how they have to do things legally. Despite 38 legally operating cannabis markets, the underground economy dominates. In the fiscal year that ended in June, Illinois collected $467 million in marijuana tax revenue, compared to $320 million in liquor tax revenue. However, the stock prices of publicly traded cannabis companies have fallen by 50% to 70% in the last year. Craziness!

When Jason Gellman was 16 years old, he started growing marijuana. He maintains that the only way he avoided visiting his family in a jail cell was to incorporate Ridgeline Farms, which he did. Previously, he would have earned $1 million from his harvest; today, he only makes $100,000 before expenses and is barely in the red. It’s a scam, according to Gellman.

With a commercial kitchen that measures 1,200 square feet, Oakland’s MAKR House produces pot-infused food and other goods for the market. HD production line video is captured by more than a dozen of the equipment’s cameras. MAKR CEO Amber Senter says rents are higher because cannabis businesses may only set up shop in so-called “green zones.” “How would legalization impact someone like me, a small business owner?” Senter says, “It’s taking its toll on both of us. We’ve been shattered.” Regulation is what the term “legalization” means. Markets that are fair and transparent are in high demand. Legal marijuana is harmed by arbitrary and splintered laws and orders. There are 38 regulations, reporting requirements, and tax systems to consider when operating a large-scale marijuana business without a federal license.

The “creator of the legal cannabis industry” (as former San Francisco Mayor Willie Brown referred to him), Steve DeAngelo, has branded the measure a “failure.” Proposition 64, which legalized recreational marijuana in California in 2016, was primarily driven by DeAngelo, a former dealer turned dispensary operator. A pioneer in legal cannabis dispensaries in the U. S., DeAngelo opened Harborside Health Center in Oakland. Now that the government has gotten involved, it’s wrecked.

Comparing the established illegal market with operating inside a state, across several states, and across many tax systems, it is easy to see why the ordinary person smoking a joint undoubtedly obtained it illegally. Lines are muddled in this mess. Things are smuggled from the legal market into the illicit market by legitimate businesses and the other way around. “Cannabis goes both ways,” says Rubin, New Leaf’s industry tracker.

Cannabis firms believe the underground market is critical to their long-term success. New York City’s gray-market adult-use dispensaries, including Empire Cannabis Club, are allowed to operate openly because of a legal loophole. According to Empire Cannabis Club’s Jonathan Elfand, “every firm has a backdoor.” Jonathan Elfand has been selling marijuana since he was 17 years old. He and his father were caught in 1998 and convicted of operating a huge cannabis grow house in Brooklyn.

When asked whether legalizing marijuana is a disaster, Kim Rivers just laughs. She says the whole operation is a vast, visible criminal ring under federal law. A cannabis tycoon making such a big claim. In Tallahassee, Florida, Trulieve has 173 dispensaries and 17 growing facilities in 11 states. Scale, according to Rivers, is about survival, not growth. “We’re taxed like heroin traffickers,” she says. Although marijuana is illegal under federal law, the federal government wants a piece of the action. To prevent drug traffickers from benefiting from lawful deductions, businesses that come into contact with the plant are taxed under Section 280E of the Internal Revenue Code. The effective tax rate for cannabis businesses is 60% or higher since they are taxed on their gross income. According to Rivers, Trulieve paid $85 million more in taxes than it would have if it had sold furniture.

In late July, Schumer, Booker, and Wyden announced a proposal to abolish federal prohibition on marijuana. Republicans like Nancy Mace (R-SC) and Americans for Prosperity (AFP) are fighting to legalize marijuana at the federal level. If legalized, marijuana would be subject to the same regulations as alcoholic beverages and tobacco products.

The Federal Level of Legalizing Cannabis

Unless Congress acts, there will be a lot more political instability. As a result of the state’s lawmakers’ mistakes, California abolished a cultivator tax in July. Growers in California may no longer avoid pulverizing their products in a woodchipper. Berner is skeptical that Congress can achieve anything now, much alone legalize marijuana throughout the country. Following his triumph against colon cancer, Berner now has a new outlook on life. “I can die with the knowledge that I helped kick down doors,” he concludes. As a Latino kid selling weed since I was 12, “Legalization just started.”