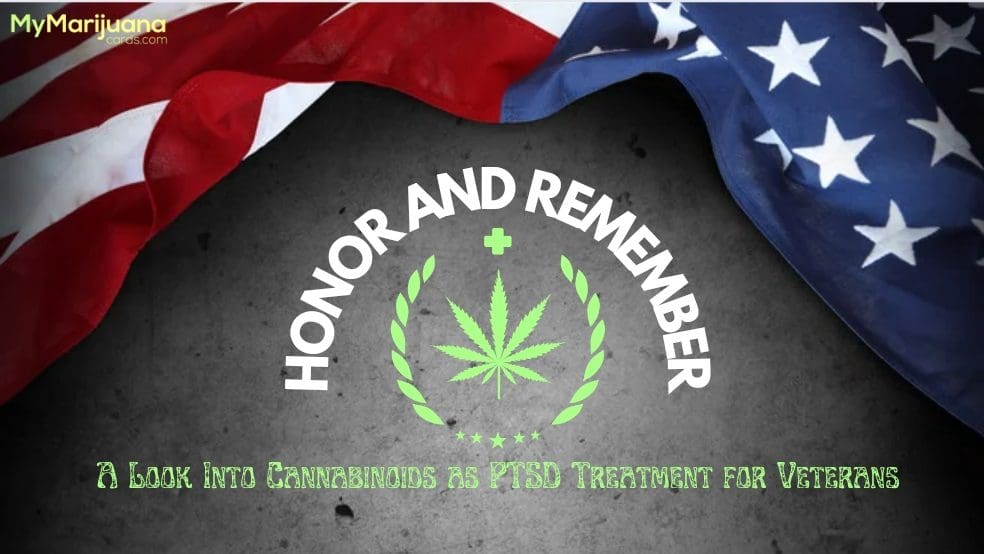 The Cannabis Regulatory Agency in Michigan is giving $12.5 million to Wayne State University School of Medicine and the Eugene Applebaum College of Pharmacy and Health Sciences to study how cannabis might help veterans with post-traumatic stress disorder (PTSD).

Over the course of five years, there will be two large-scale randomized controlled clinical trials to see how well cannabinoids work for Michigan-based U.S. military veterans. Redbud Roots Inc., a Michigan-based company that grows, processes, and sells cannabis, will help with the trials.

Veterans with post-traumatic stress disorder (PTSD) may benefit from combining cannabis with Prolonged Exposure (PE), a behavior-based therapy for PTSD. This has been the focus of the “Wayne State Warriors Marijuana Clinical Research Program: Cannabinoid Adjunct to Prolonged Exposure and Recovery” study.

The study’s central hypothesis is that modest doses of THC, marijuana’s primary psychoactive component, may help PTSD patients with emotion regulation, especially when combined with cognitive reappraisal therapy. A recent study found that compared to those given a placebo, PTSD patients who were given THC had fewer negative feelings when doing cognitive reappraisal tasks.

When compared to PTSD patients, THC users’ brain activity was more significant in regions that are typically less active. The neurological differences between PTSD patients and non-sufferers shrank due to these adjustments. They could also provide light on how THC controls feelings.

Many veterans who served our country suffer from post-traumatic stress disorder. The possibility of suicide grows. Although Prolonged Exposure therapy is effective in treating PTSD, many veterans stop participating in it, and around a third don’t report any improvement in their symptoms. According to Lundahl, therapy for PTSD should reduce adverse effects on patients’ quality of life and mental health.

This study is the “first-ever neuroimaging investigation of cannabis treatment in U.S. Armed Forces veterans with PTSD,” and it aims to “investigate the therapeutic impact of cannabinoids on neuroinflammation and the neurobiological underpinnings of suicide ideation in veterans with PTSD.”

“We’ll look at neurobiological changes related with controlled cannabis/cannabinoid dosing,” Marusak said. “We will use cutting-edge brain imaging technology to investigate the neurobiological mechanisms that set off PTSD and suicide ideation.” This is performed as a part of a randomized controlled trial that lasts for 12 weeks.

Anger management specialists call this process “cognitive reappraisal,” in which we rethink the source of our anger in a fresh light. Remind yourself that the people you see getting stabbed on TV are just actors whenever your nerves start to fray. You could feel less anxious about watching the show if you know this. Multiple treatments for post-traumatic stress disorder (PTSD) include cognitive reappraisal; therefore, scientists were curious about THC’s effect on the treatment.

In a randomized, double-blind study, 51 people were assigned to receive either 7.5 mg of THC or a placebo. A variety of techniques, including cognitive reappraisal, were provided to participants during the peak of their THC high in order to help them better manage their feelings. Most included reflecting on past experiences after being exposed to images that brought back memories. The patients were also surveyed on their emotional state while within the FMRI machine.

Different regions of the brain light up when people with PTSD engage in cognitive reappraisal exercises. Assuming THC helps patients with PTSD by decreasing these differences, cannabis might be used to treat the disorder in a different way.

Negative feelings during reappraisal were only modulated in the THC group, not the placebo group. In addition, THC boosted the activity of a subset of the brain compared to the placebo group. There are a few regions that stand out in the brain, the angular gyrus, and the more extensive posterior cingulate cortex being the most notable. Reductions in brain activity have been linked to PTSD. This study found that THC did not affect preserving any of the brain’s preexisting connections between PTSD and non-PTSD patients.

The use of THC may improve the long-term outcomes of PTSD therapy by assisting patients in reevaluating images or memories that trigger distress. If successful, reassessment may alter your emotional reactions as we advance. The research showed that people’s emotional reactions to unpleasant images were diminished after they had been exposed to them again.

The Limitations Of The Medical Cannabis Study On PTSD

The results suggested that THC might enhance cognitive reappraisal treatment in curing PTSD. Potentially, THC may aid in the long-term cognitive restructuring of people living with PTSD.

Those responsible for the study recognized that it had limitations. They were unable to ascertain whether or not patients were examined during THC’s peak by analyzing blood samples. The emotional control task they used in their study did not include any images that might be considered distressing. A person with post-traumatic stress disorder may have responded differently to frightening images than to those depicting a traumatic event. Despite using a double-blind, placebo-controlled design, the sample size was small. More reliable findings should be expected from larger patient groups.

While the study’s findings contribute to the evidence that cannabis may help PTSD sufferers, its limitations suggest that further testing is needed to provide more efficient proof of long-term effects. But this research can help other states with medical marijuana and states on the verge of making medical cannabis legal.