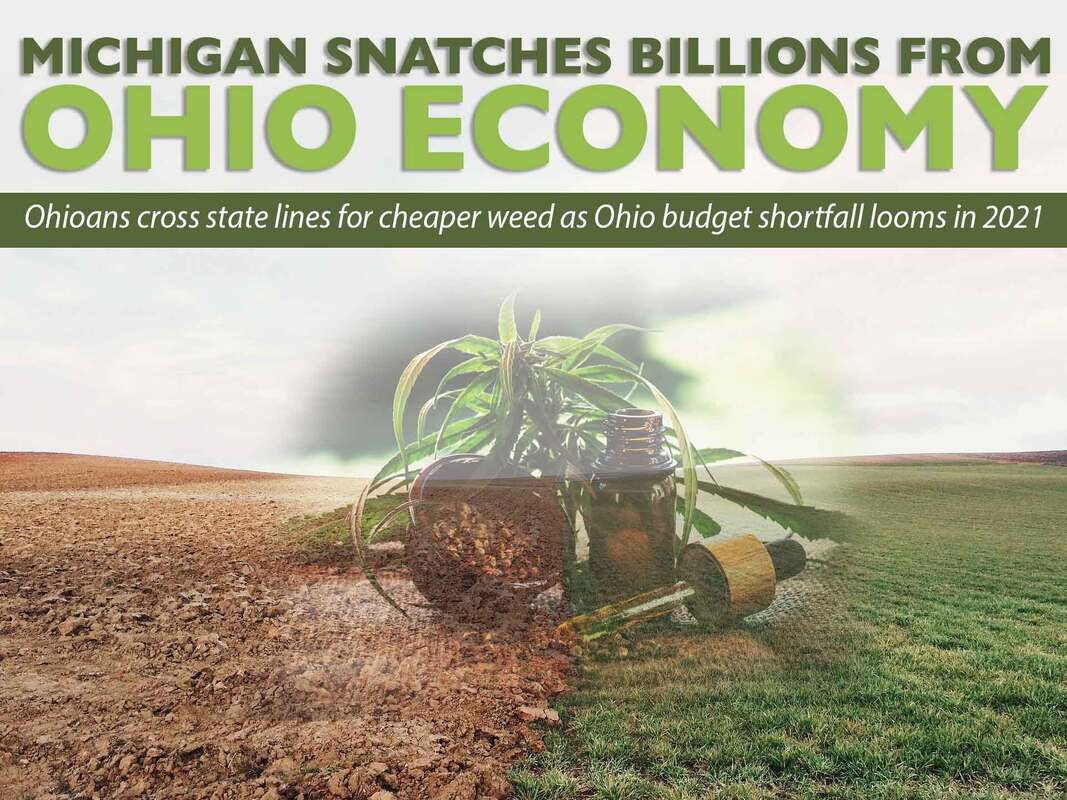 While it’s perfectly legal to go, buy and consume medical marijuana in Michigan, bringing it back across state lines not. So what is an Ohio medical cardholder to do?

“In Ohio, you’re being charged double the price you pay in Michigan,” Lea Spradlin, an Ohio medical marijuana patient who lives near Cincinnati, told the Columbus Dispatch.

But why are Michigan medical marijuana products so much cheaper?

Time could be a factor. Medical marijuana has been legal in Michigan for over a decade, while the Ohio medical marijuana program is still relatively new. According to the Detroit Metro Times, “it may take time for Ohio prices to dip, seeing that the state’s first medical marijuana dispensaries opened in January 2019, with only four at the time.”

The two states are in the early stages of an agreement that would allow Ohio medical marijuana cardholders to cross state lines and bring Michigan marijuana back home.

Meanwhile, numbers on how many Ohioans travel to Michigan — where both medical and recreational marijuana is legal — to buy marijuana, are still unclear. Michigan State University estimates that 9% of Michigan’s legal sales come from out-of-state buyers, predominately those from Ohio and Indiana.

This happens as Ohio predicts a $2.3 billion budget shortfall in 2021. In a recent Columbus  Dispatch opinion piece, author Geoff Korff says expanding their existing medical marijuana program as a solution is the elephant in the room:

“It is, however, safe to say that none of these efforts is likely to make up the anticipated shortfall and that more cuts will be necessary unless the state can identify new sources of revenue.
There is not going to be a single magic wand that the state can wave to produce another $2.3 billion. State officials must take an all-of-the-above approach to find new revenue opportunities if we want to avoid a complete economic tailspin. Expanding our existing successful medical cannabis program must be part of that discussion…

​Expanding this program takes very little effort on the state’s part relative to other strategies for generating new tax revenues — expansion is a simple legislative exercise. It is also uncontroversial, as more than 74% of Ohio voters support the medical cannabis program.”

You won’t have to ask questions like “Is there a Michigan dispensary near me?”  or “Are there Michigan recreational dispensaries near me?” With tools like WeedMaps, you can get information on your local Ohio dispensaries and Michigan dispensaries with the click of a button.
​
Be happier and healthier. Get your Michigan medical marijuana card in Michigan cities including Detroit, Grand Rapids, Lansing, Kalamazoo, and Saginaw. Buckeyes, get your Ohio medical marijuana cards in areas including Cleveland, Columbus, Cincinnati, Dayton, and Toledo.