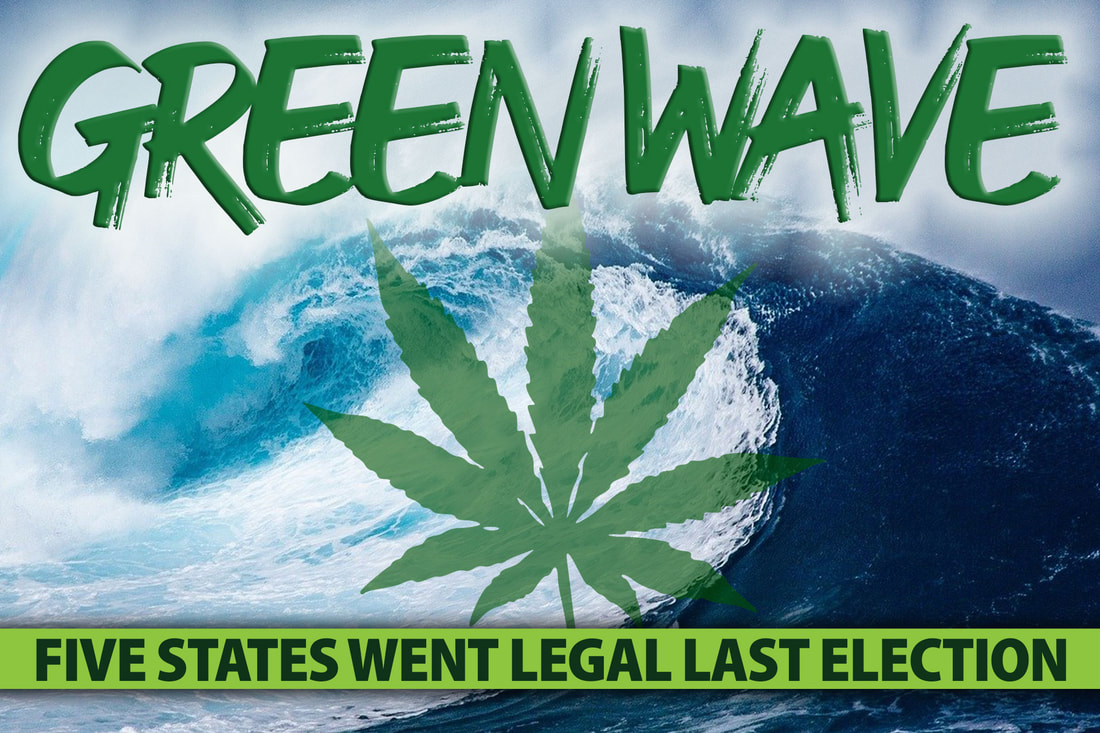 From medical marijuana to recreational use and home grow — cannabis may have been the biggest winner of all this past election, chosen by five sovereign electorates for at least partial legalization.

Cannabis may have been the biggest winner of all this past election, chosen by five sovereign electorates for at least partial legalization.

Now, more than 1 in 3 Americans will live in states where marijuana is legal for adult use.

Curious about the details? Check out specifics on all the strides made around the country this election season.

While the new law does not go into effect until January 1 and many details still need to be fleshed out, New Jersey overwhelmingly voted to legalize the recreational use of marijuana.

Arizona was a big winner on many fronts and the state moves from some of the strictest prohibition laws to some of the best! Recreational use is now legal with adults 21+ allowed to have 1 ounce of herb. Home grow advocates also gained a win as people are now allowed to grow six plants at home.

Medical marijuana dispensaries in Arizona will see a benefit as well as they may be allowed to open up sales to include recreational use as early as March. Last, but not least, the new law allows people convicted of certain marijuana crimes to have their records cleared by the courts.

Recreational use wins in Montana with two marijuana-related measures passing. Adults 21+ will be allowed to use and possess up to one ounce of weed. They will also be able to grow weed at home, though details on the limits of that are not set. In addition, similar to Arizona, people with marijuana-related records are now eligible to seek resentencing or expungement.

While both recreational and medical marijuana was already legal, Oregon made big strides last week as it legalized the use of psychedelic mushrooms as well as decriminalized small amounts of other illegal drugs, including cocaine, heroin, oxycodone, and methamphetamine. Those offenses will now be classified as a civil violation with a $100 fine.

On the other side of the country, voters in the capitol capital passed an initiative that will decriminalize the use of magic mushrooms and other psychedelic substances.

Do you have one of the qualifying conditions for a medical card in
Ohio or Michigan? You can get approved for Michigan or Ohio medical marijuana right from the comfort of your own home. ​We offer telemedicine with Michigan marijuana doctors and Ohio marijuana doctors for your safety and convenience.

Call us now to get an appointment with a certified medical marijuana doctor and get approved to visit a Michigan or Ohio dispensary in many cases, the same day!​

Follow our link to secure your appointment with a certified medical marijuana practitioner completely online. We serve Ohio, from Lake Erie’s Cleveland shores, to the bustling markets of Columbus and Cincinnati. We offer the same services in Michigan, from Grand Rapids, to Morenci, to the mighty motor city, providing access to fresh, healthy medicinal marijuana right from the comfort of your very own space.

Are you suffering from a debilitating medical condition, but don’t know if you qualify? Click here to see if you may be eligible to obtain your own Medical Marijuana Card to treat your ailment with medical marijuana, which includes both THC and CBD products.

Click here to learn more about what My Marijuana Card’s state-certified marijuana doctors can do for you, or give us a call at (877) 783-1805) and our friendly patient coordinators will set an appointment and walk you through the process of receiving your own Medical Marijuana card. ​​Get your marijuana card today online!