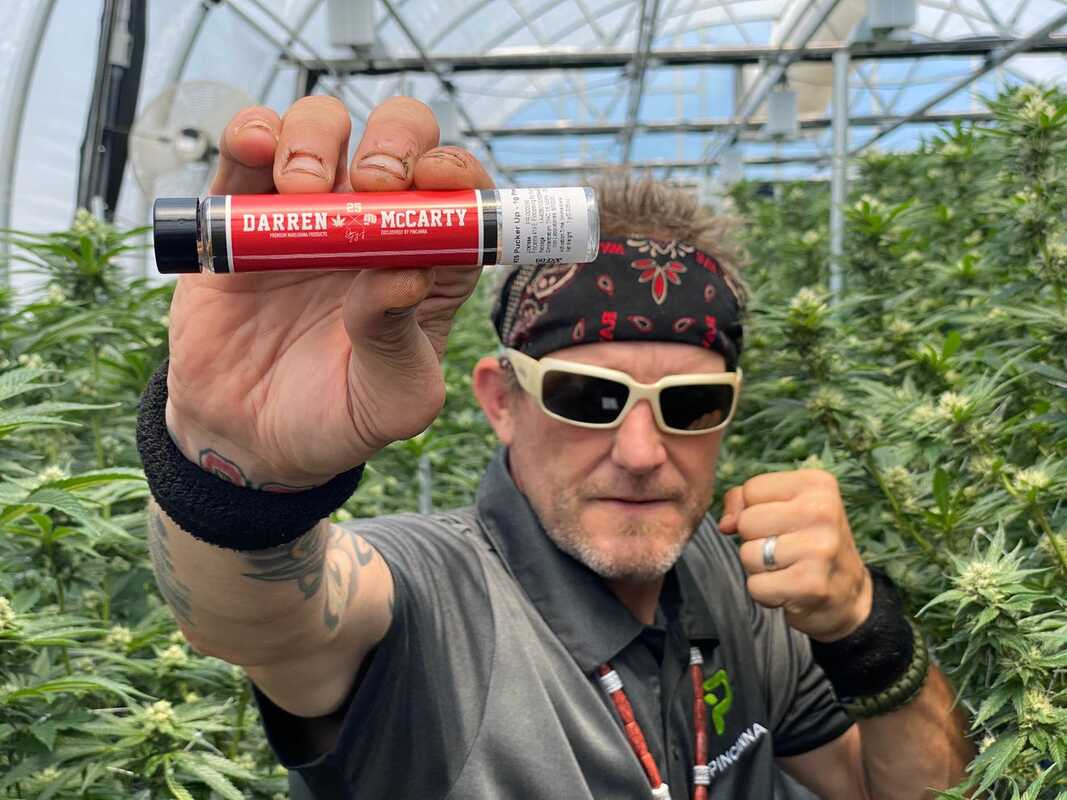 A feared enforcer, the four-time Stanley Cup winner is best known for his role in the “Brawl in Hockeytown,” an on-ice melee that, led the Wings to their first Stanley Cup title in over 40 years. His fierce resolve continued off the ice, in culminations of alcoholism, gambling addiction and marital troubles — demons he conquered with the help of medical marijuana.

“I lived two lives, I did, I did. Obviously between my addictions, whether it was alcohol, drugs or gambling, infidelities, I had two lives and I lived it that way,” He said in an interview with WXYZ-TV Detroit. “I’m 21, 22, 23, going a hundred miles an hour on the ice, with my hair on fire. And you want me to gear it back when I get off. Well… there’s give-and take.”

McCarty quit drinking alcohol in 2015 and hasn’t had a drink since, and says his success was due in large part, to the use of medical marijuana. In an interview with the Detroit Free Press, he described himself as “properly medicated and blessed to live in the state of Michigan.”

“It saved my life,” he said of Michigan Medical Marijuana. “I’d be dead without it.”

He smokes every day and uses CBD, edibles and hemp topicals. He usually caps off his evenings with pot brownies.

McCarty went from hiding in the shadows about his marijuana use to full open advocacy. He wants NHL players to be able to use medical marijuana in certain instances as he understands other solutions can tend to be addicting. He wants to educate people about marijuana and all of its healing benefits.

McCarty’s Pucker Up pre-rolls, which feature a 5-to-1 THC-to-CBD ratio, are available for purchase at Pincanna, a dispensary in Kalkaska, Michigan. (Schedule a Michigan medical marijuana telemedicine consultation and get Darren’s pre-rolls now!) At some point they’ll be available in locations ranging from the Bay City area to Negaunee in the upper peninsula. Future ideas for the brand include CBD products, new marijuana strains and a marijuana-infused chocolate peanut-butter candy bar.

“I love this plant,” he told USA Today. “When I retired, I took that Red Wing off and put the cannabis plant on the chest of my jersey. I will protect it as much as I protected any of my Red Wing teammates. It’s just the right thing.”

“I believe there’s more people like me that have suffered for so long, so that’s why having my own brand is so important,” he said. “It gives me a bigger platform to talk about it. I’m not just talking about it, I am about it.

Get approved for Michigan medical marijuana right from the comfort of your own home. ​We now  offer telemedicine for your safety and convenience in all areas we serve.
​
Get your Michigan medical marijuana card in Michigan cities including Detroit, Grand Rapids, Lansing, Kalamazoo, and Saginaw. Buckeyes, get  your Ohio Marijuana Cards in areas including Cleveland, Columbus, Cincinnati, Dayton and Toledo.