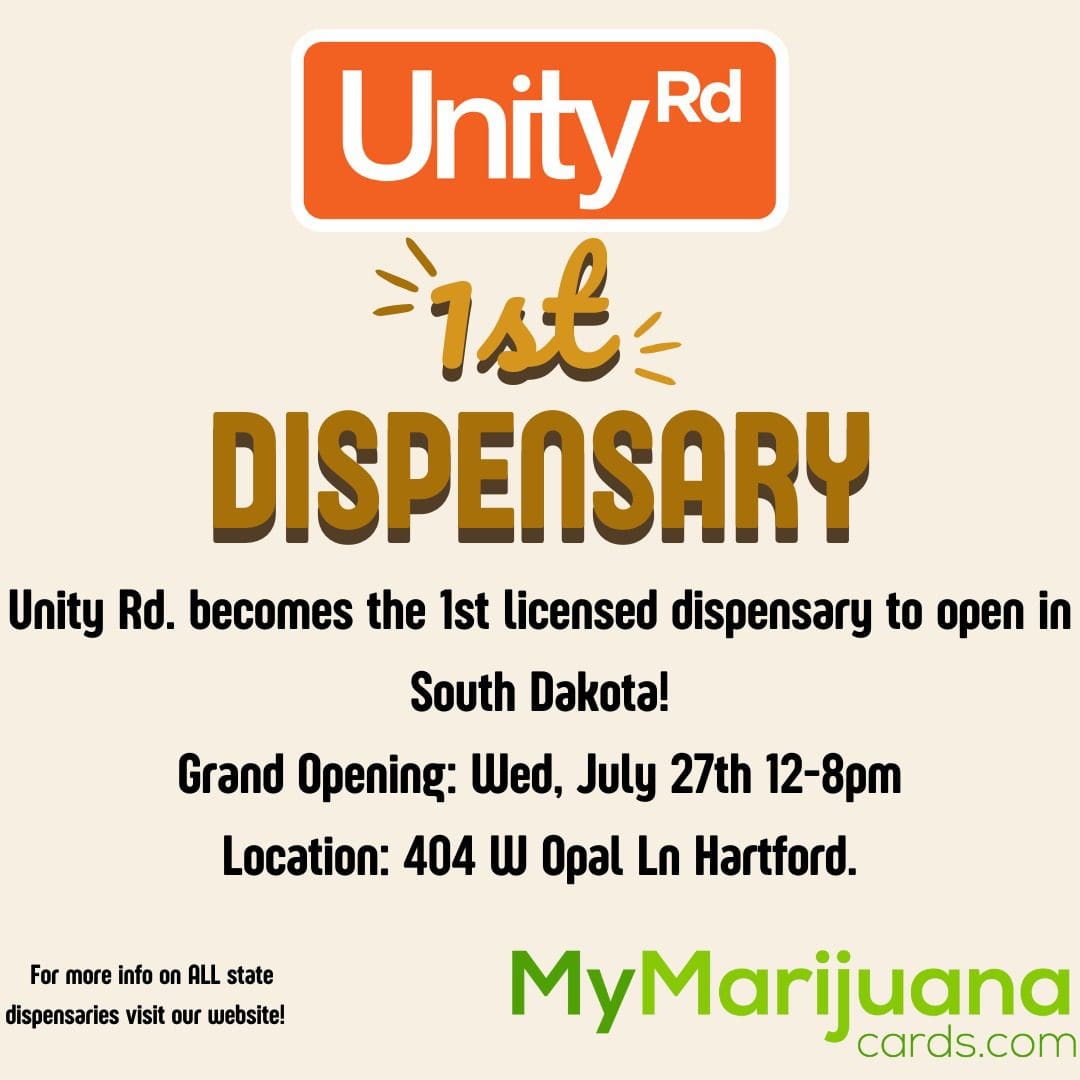 It has been more than a year since the new medical cannabis law in South Dakota officially took effect, but there were still no state-approved dispensaries serving patients. That has changed!

The first dispensary in South Dakota authorized to provide medical marijuana to patients by the state has opened, UnityRd in Hartford, a community of about 3,300 people located near Sioux Falls, the state’s largest city. UnityRd will sell flower, vape cartridges, topicals, pre-rolls, and edibles. They were definitely pushing hard to have the number one on their door as the first valid, state-issued license dispensary.

UnityRd has businesses in Oklahoma and Colorado. South Dakota voters approved medicinal pot in 2020. The legislation took effect on July 1, 2021, before the state began distributing dispensary licenses. Members of the Flandreau Santee Sioux Tribe launched a dispensary last summer, causing controversy within the state. Since the shop opened last July, the tribe stated, more than 100 tribal medical cannabis cardholders had been detained.

As of April, 400 individuals were enrolled in the program, and only 90 physicians statewide could recommend medical cannabis. South Dakota voters adopted a legalization amendment in 2020, but the state Supreme Court invalidated it when Republican Gov. Kristi Noem sued.

Noem, a probable 2022 GOP presidential candidate, said, “The rule of law and our Constitution matter in South Dakota,” Noem remarked at the time. “How we do things is as important as what we do. Law still rules. This judgment won’t influence my administration’s 2020 medical cannabis program.”

However, this next autumn brings South Dakota another opportunity to legalize recreational cannabis as a new measure qualifying for the November ballot.