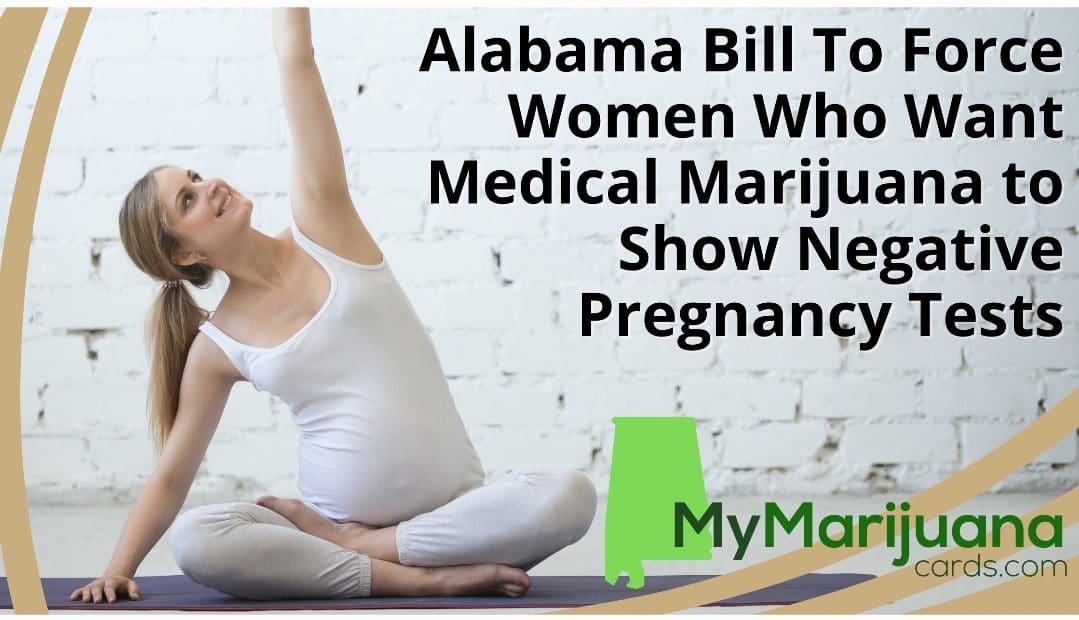 Even though an Alabama Marijuana Card isn’t available yet, state lawmakers are already planning to restrict your freedom of self-medication. It was recently proposed that “women of reproductive age” purchase medicinal marijuana only if they’ve had a negative pregnancy test. While privacy experts and the ACLU may oppose the bill, medical marijuana proponents should be outraged at the latest example of an underserved stigma still attached to the safe, effective, and legal treatment.

Senator Larry Stutts argues his law was designed to safeguard women and children, not to smear medicinal marijuana or dissuade supporters from taking it. Stutts told the Alabama Daily News that, much as we advise women to avoid alcohol and narcotics during pregnancy for a child’s health. No degree of marijuana usage during pregnancy is safe. So, it’s acceptable to keep pregnant or nursing women away from cannabis cards.”

Stutts is accurate in stating that pregnant women should not consume medicinal marijuana. Cannabis, like many other drugs, may cause damage to an unborn child. The CDC warns that children born to women who smoked pot while pregnant may have attention, memory, problem-solving abilities, and behavior issues.

From this viewpoint, Stutts’ law seems well-meaning and even sensible. This ignores his bill’s unfairness to female patients and its inconsistency with Alabama law.

Medical Marijuana Is Safe For Pregnant Women To Use?

The website Healthline lists over 10 prescription and OTC medicines harmful to pregnant mothers and/or their fetuses. The Senator has yet to introduce legislation requiring pregnant women to see the doctor, take a pregnancy test, and then produce the findings to the Publix cashier before purchasing ibuprofen or Ativan.

Stutts’ stance on fetal alcohol syndrome? What does he do about pregnant women who smoke, knowing that smoking “increases the risk of health issues for growing newborns, including preterm delivery, low birth weight, birth abnormalities of the mouth and lip (and) SIDS”? Malnutrition during pregnancy has similarly tragic implications, but the Senator has taken no action. A law to protect moms from alcohol, cigarettes, and Twinkies was also delayed.

To be clear, Stutts is correct that government authorities “instruct women to avoid alcohol and drugs during pregnancy,” but he is incorrect in his analogy. We, the people, elect authorities who trust women, not those who enact laws based on their approval or disapproval of their behaviors. Undeniably, Senator Stutts opposes medicinal marijuana.

Sen. Stutts has opposed medicinal marijuana before. Interestingly, he had a history of criticizing a vilified drug, but none of his criticisms addressed the safety of unborn fetuses. Stutts’ opposition to a medical marijuana market in Alabama had nothing to do with the medication’s safety, but rather its name. Stutts opposes MMJ for branding reasons.

Then in February of 2021, Stutts explained his objection to SB 46, the bill that legalized medicinal marijuana in California. “One, there is no other drug that requires an adjective to make it look legitimate,” he said. They say, ‘medical pot.’ It’s simply pot. No medicinal Tylenol or Aspirin. You don’t need to add an adjective to make a genuine medication seem legitimate.”

Not that government overreach and the bad press didn’t affect Tylenol and Aspirin. But Stutts continued, using an old prohibitionist adage about medicinal marijuana: Just wait for the FDA to approve it. “Our medicine approval procedure has served our nation well,” Stutts remarked. “If medicinal marijuana is really medical, it should go through the same approval procedure as other medications.”

The Senator suggested that Alabama should have left state policy decisions to the federal government rather than making them themselves. So much for libertarians! He opposed medical marijuana because it was a big government.

But, no way, the Senator opposed medicinal marijuana because he despised large government. He said in February 2021 that “from a medical aspect, (medical marijuana) completely circumvents pharmacies that have played a critical role in the safe distribution of all types of drugs for generations.” “Now we’ll simply have dispensaries where you can obtain it, and no pharmacist will be running it. Someone will have the license to operate it. I believe it skips the medical procedure and expands government.”

Here, the Senator sought to have his cake and eat it too, saying that medicinal marijuana would be harmful due to a lack of regulation and that regulation would enlarge the government.

We can’t have medicinal marijuana because it would shift a medical choice out of pharmacists’ hands and into a new government bureaucracy. For example, the state of Alabama may “grow” its “government” by certifying and licensing additional specialists to distribute drugs. It’s OK if Alabama certifies and licenses pharmacists to administer medication.

Then why is there such strong opposition to medical marijuana? Stutts opposed medicinal marijuana in Alabama before it was legal. He opposes medicinal marijuana now because it harms unborn children, even though he didn’t oppose it before the legislation passed, and he hasn’t opposed other potentially harmful drugs.

Our campaign for medicinal marijuana in Alabama seems to be ended, but we still have to deal with the hypocrites in government who fought us for so long. Fortunately, indignant, frustrated prohibitionist legislators can’t alter one obvious fact: Yellowhammer State citizens may get an Alabama Marijuana Card and use medicinal marijuana to treat qualifying ailments.

Why not find out whether medicinal marijuana is appropriate for you? Prequalify online! My Marijuana Cards can set an appointment for you as soon as we’re cleared to do so.