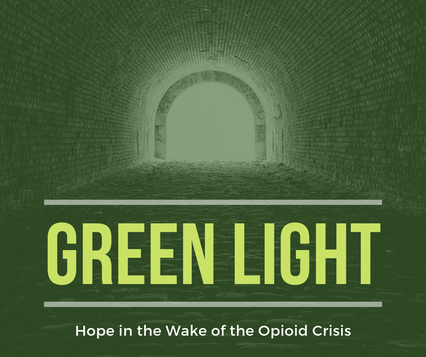 Significant evidence suggests medical cannabis may be effective in reducing the need for and withdrawal from extensive use of opioid pain medications and their residual impacts on individuals, communities and economies.

The Ohio Medical board is considering adding 5 new conditions to those that qualify for treatment with medical marijuana in Ohio, including Insomnia, Depression, Anxiety,  Autism, and Opioid Use Disorder. We’re delving more deeply into each one to keep Ohio Medical Marijuana Card holders and potential patients informed on access, conditions and treatment options for health, relief and empowerment.

(Edit 6/14/19: Ohio’s 12-member medical board was set to make a final vote June 12, however the voting has been postponed as the board’s two new members haven’t had time to read up on the issues. The president of the board said there is “no rush” on approving new conditions and no official date has been set.)

We convey this information with special regard, as the opioid epidemic in the State of Ohio is especially intense. The drug overdose death rate increased in the State of Ohio, 1081 percent between years 2000 and 2017, with nearly 5,000 deaths in 2017 alone.

Medical Cannabis and Opioid Use Disorder

Significant evidence suggests medical cannabis may be effective in reducing the need for and withdrawal from extensive use of opioid pain medications and their residual impacts on individuals, communities, and economies.

Overdose deaths from opioid use have risen so sharply the past two decades, that opioid use disorder has been declared a national Public Health Emergency. Ironically, cannabis support is gaining new life, as opioid death looms bleak in a reign of despair.  Meanwhile, fixed attitudes and distorted perceptions continually hamper growth on both ends.

Like cannabis, opium has been around for thousands of years. Cultivated in Mesopotamia by ancient Sumerians, it passed from Babylon, through Egypt on to Europe and Greece. Originally a mix of various compounds, it was refined over the years for more potent effects.

While widely popular for recreation and integral for pain management, opium and its derivatives are known to be addictive, mainly because of how our systems react. Opioids short out nerves that signal pain through the body and floods feel-good chemicals (dopamine) into the brain. This creates a pain-free numbness and blissful euphoria that wanes then plateaus over time. When the plateau is reached, the body adjusts and bliss dulls to a relative state of normalcy. And since dopamine is key to how pleasure plays out in the mind, a type of trauma can set in when it drops. This is where cannabis comes in. It works by dampering the intensity of opiate withdrawal by coaxing the body back to homeostasis.

A 2009 study published in the Journal of Neuroscience showed that cannabinoids reduced heroin cravings in rats and humans. A newer study published in May showed cannabis not only reduces opioid cravings, but also eases the anxiety of withdrawal.

It turns out economy plays a pretty big role as well, as opioid deaths fester in centers of poverty.

This is reflected in a WebMD article that plainly states “poverty may be fueling America’s opioid crisis.”

“Of the more than 515,000 Americans who have died from drug overdoses since 2006, most lived in poor areas where there were few job opportunities, researchers discovered.

“It turns out that economic and social conditions appear to be driving the geographic differences in overdose rates, with some parts of the country bearing heavier burdens than others, said study author Shannon Monnat, an associate professor of sociology at Syracuse University in New York.
The article goes on to illustrate the possibility that opioid deaths rise in places where hope and prosperity wane.

“Moreover, drug-related death rates were significantly higher in poorer counties and counties with high levels of family distress and in areas dependent on mining, Monnat said.

Counties with the highest levels of divorce, separation and single parenthood had an average of more than eight additional drug-related deaths per 100,000 than counties that had the lowest levels of these conditions, she said. 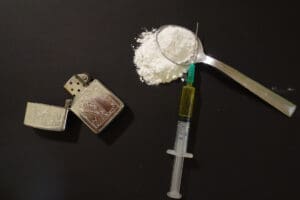 Overdose death rates were significantly lower in counties with a lot of churches, more recent immigrants and people who work for the government, Monnat added.

Overall, death rates did not differ between rural and urban counties. But some rural counties, especially in Appalachia, have the highest death rates in the country, the study found.”

One study even found that marijuana legalization coincided with an overall drop in suicides, supporting the notion that, while marijuana is unlikely to completely replace opioids as treatment for pain management, that it certainly shows promise as an aid to healing for individuals, communities, and economies marred by the stain of the opioid crisis.

Despite all this, Opioid Use Disorder still doesn’t qualify for cannabis medical treatment in Ohio, where cities like Dayton have made national news. Fox News correspondent Geraldo Rivera said he “went there to Dayton, Ohio, specifically because Dayton was the capital of the opioid overdose epidemic.”

Ohio had the second highest rate of opioid overdose deaths in the country in 2017, with a rate of 39.2 deaths per 100, 000 persons; nearly triple the national average.

​Ohio’s 12-member medical board is set to make a final vote June 12th. Check back here, with us  between now and then for updates on, news, science and treatment, as we support you on your healthcare journey.

If you are an Ohioan suffering from one of these 21 medical conditions you may be eligible to obtain your own Ohio Medical Marijuana Card to treat your ailment with medical marijuana, which includes both THC and CBD products.
​
​Click here to learn more about what My Marijuana Card’s state-certified Ohio marijuana doctors can do for you, or give us a call at (419-237-7119) and our friendly patient coordinators will set an appointment and walk you through the process of receiving your own Ohio Medical Marijuana card.