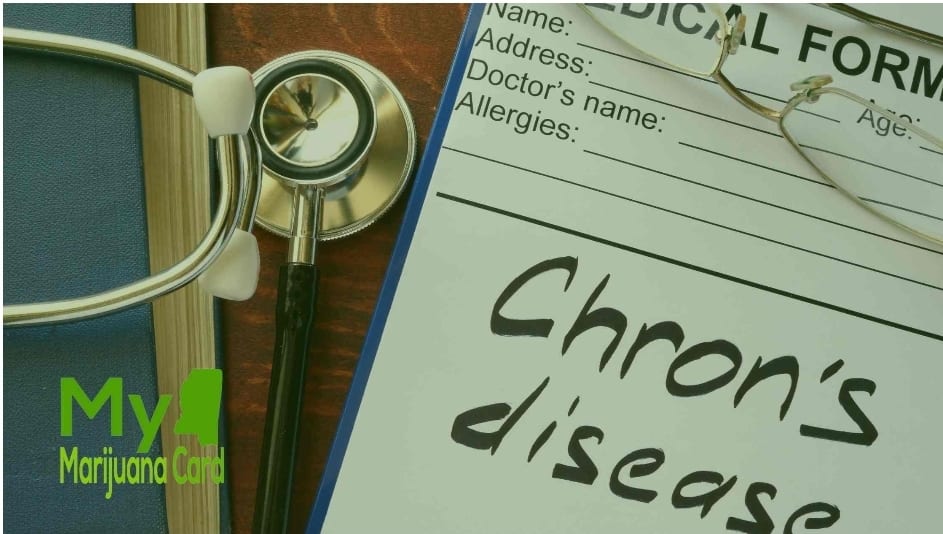 Medical Marijuana As An Effective Treatment for Crohn’s Disease

Cannabis has many documented health effects that may aid in the treatment of Crohn’s disease symptoms. Cannabis contains over 60 compounds, many of which have properties that can be applied in a medicinal capacity. Tetrahydrocannabinol (THC) and cannabidiol (CBD) are two well-known compounds that have health benefits (CBD). THC is the psychoactive agent present in cannabis that causes mind-altering symptoms. CBD is also responsible for anti-anxiety, anti-pain, and anti-nausea effects.

Some of the cannabis health benefits that address Crohn’s disease affects and symptoms include:

The research suggested many reasons for the change, including cannabinoids’ anti-inflammatory properties and the overall feeling of well-being that cannabis consumption offers.

How to Get Medical Marijuana for Crohn’s Disease

Many states have approved the legal use of medical cannabis for Crohn’s disease as a pain management treatment. My Marijuana Card is here to help you figure out if medical marijuana is for you in your state.

Ways to Use Medical Marijuana for Crohn’s Disease

Crohn’s disease patients have a few options for using cannabis. These options include:

Patients with Crohn’s disease should choose the right strain based on which symptoms they wish to monitor the most.

Side Effects of Marijuana for Crohn’s Disease

Both medical therapies, whether natural or synthetic, have the potential for side effects. The same may be said for cannabis and Crohn’s disease.

Most medical marijuana side effects, on the other hand, are temporary, non-life threatening, or severe, and go away on their own after a while.

Are you suffering from a debilitating medical condition but don’t know if you qualify? Click Here to see if you may be eligible to obtain your own Medical Marijuana Card to treat your ailment with medical marijuana, including THC and CBD products.

Click Here to learn more about what My Marijuana Card’s state-certified marijuana doctors can do for you, or give us a call at (877)783-1805. Our friendly patient coordinators will set an appointment and walk you through the process of receiving your own Medical Marijuana card. ​​Get your Mississippi marijuana card today online!