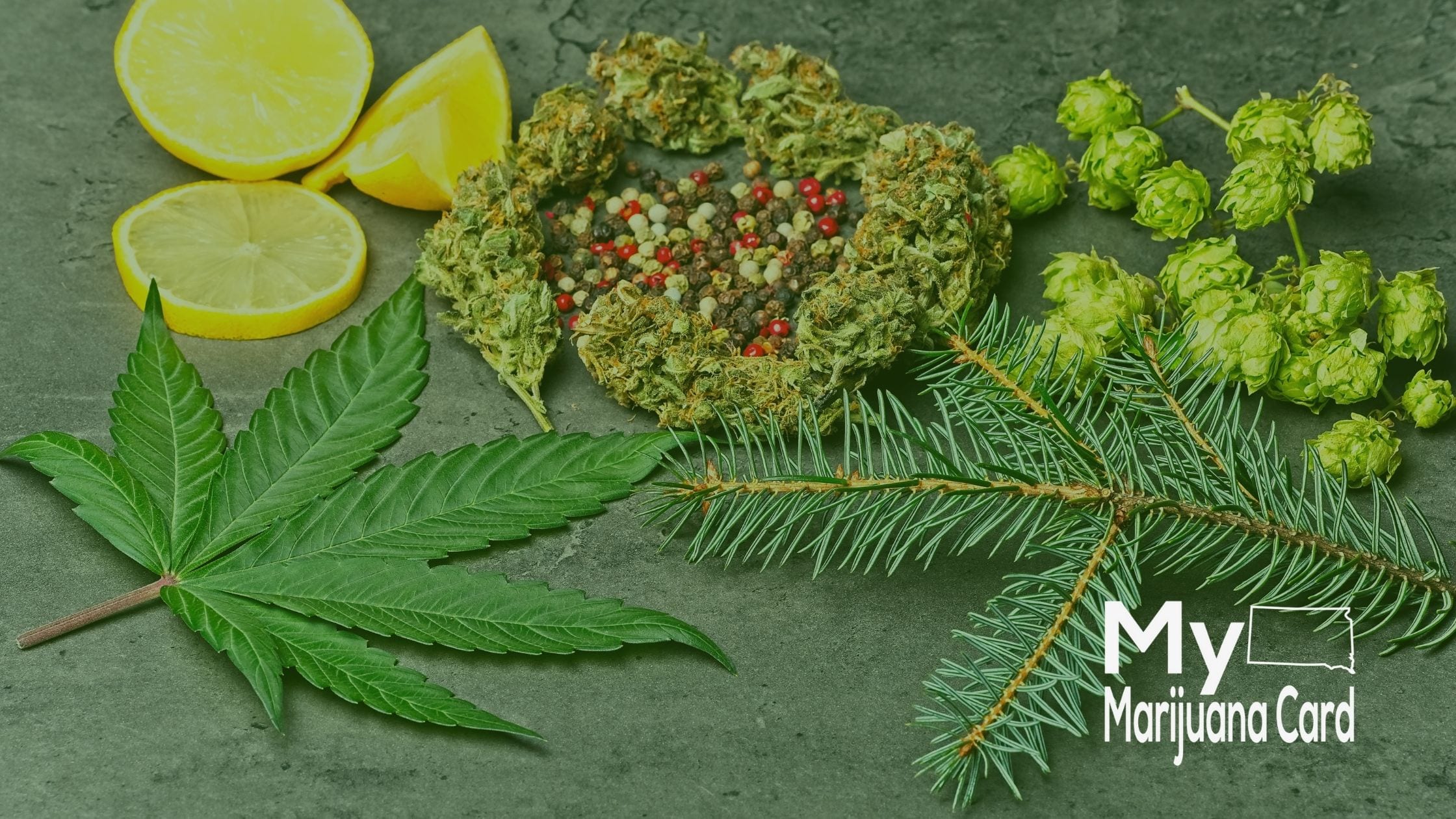 Why are Terpenes Important?

Despite industry efforts to enhance terpene knowledge, the majority of patients still have questions related to terpenes and their importance. The medicinal effects of cannabis are not only due to cannabinoids. Terpenes and flavonoids are among the other components of essential cannabis oils. These essential oils are produced in the trichomes (the ‘sparkly’ part of the plant), which are the magnificent hair-like white structures that can be found all over the plant, most abundantly on the blooms, sparkling like diamonds. Around 150 cannabis terpenes have been found in diverse cannabis plants, while there are over 100 cannabinoids. But what exactly are cannabis terpenes, and why should MMJ patients care?

Terpenes profiles are extremely valuable to patients when choosing certain strains at the dispensary. They are found in every type of cannabis product and can be added to food and drinks to enhance flavoring. The most important role that terpenes play in medical marijuana treatment is the therapeutic effects they deliver to patients. These desirable therapeutic properties have already been proven in preliminary studies and experienced by consumers of medical cannabis.

What are cannabis terpenes?

Terpenes in cannabis produce scents and flavors that consumers enjoy, such as mint, pine, berry, and citrus, very similar to essential oils, but in this case, for cannabis. There are more than 100 distinct terpenes identified in the cannabis plant, and various elements influence a plant’s terpene development, including climate, weather, age, fertilizers, and other factors. Terpenes are present in all plants to protect them from predators and environmental influences. Their main contribution to the cannabis plant is this. That is, aside from imparting its distinct aroma. Terpenes are key in defining the effects of different strains and how they can assist relieve different symptoms associated with different medical problems for medical marijuana patients.

Terpenes also cast doubt on long-held ideas regarding Indica vs. Sativa strains. However, further research is needed to determine how and to what extent this is true. In the presence of additional molecules, the impact profile of any given terpene might shift, a phenomenon known as the entourage effect. More research is needed to fully comprehend the effects of each terpene when taken in conjunction with others. Each terpene has a different effect on the user, similar to essential oils. Terpenes, for example, might make users feel calm or relieve tension, while others can increase productivity and focus.

Which terpenes should you look for?

To help dispensary budtenders make the best medical marijuana recommendation, describe the symptoms you’re experiencing and your daily routine so they can match you with the correct strains for your lifestyle and treatment goals. If you’re looking to treat anxiety, for example, a Sativa dominating strain might not be the ideal choice, as Sativa strains with high THC concentration might actually make users feel more anxious. Consider a hybrid or Indica dominant strain with terpenes like Myrcene, which promotes soothing effects, or Caryophyllene, which is known to provide stress relief, depending on your lifestyle and routine.

Popular Terpenes and Their Effects

Limonene is found naturally in mint, juniper, rosemary, pine, and fennel, in addition to being abundant in many cannabis cultivars. Some of these sources, such as rosemary, are used therapeutically in the form of essential oils for scalp massage and muscular balms. Limonene is used in a variety of industrial applications, including as an organic pesticide, a solvent for removing oil from machinery, and a paint stripper. Terpene has been used in traditional medicine for generations as a component of treatments for bronchitis, heartburn, and gallstones. The medicinal potential of limonene and other terpenes, such as caryophyllene, is presently being investigated by modern medicine.

In flower, myrcene is also the most likely terpene to be dominant. The terpene present at the highest level in a strain is called the “dominant” terpene. Even though there are many more cannabis terpenes in a strain’s overall profile, just a small handful of terpenes appear to be prevalent in modern commercial cannabis. As mentioned previously, Myrcene is one of the most frequent terpenes identified in cannabis. Myrcene is also found in hops and is responsible for the peppery, spicy, balsam aroma in beer. Lemongrass, which has been utilized in traditional folk medicine for ages, embodies it as well.

Many herbs and spices, such as black pepper, basil, and oregano, contain the terpene caryophyllene, and cannabis strains high in it give off a spicy, stinky warmth to the nose, akin to cinnamon and cloves. This terpene, also known as beta-caryophyllene or BCP, is found in fragrant oils like rosemary and clove oil, as well as hops, cloves, black pepper, oregano, cinnamon, and basil in nature. It’s responsible for the subtle pungency you get when you smell cracked pepper. Terpenes like myrcene and limonene are smaller molecules than caryophyllene. Caryophyllene has a cyclobutane ring in its molecular structure, which is uncommon in nature and not present in any other known cannabis terpene. The endocannabinoid system in the human body is made up of a huge network of receptors spread throughout the body. CB1 and CB2 receptors are the two most common types. CB1 receptors are found mostly in the brain and central nervous system, whereas CB2 receptors are mostly present in our peripheral organs. When a cannabinoid like THC is consumed, it attaches to CB1 receptors in the brain and central nervous system, resulting in a euphoric sensation.

Humulene (also known as alpha humulene or a-humulene) is a monocyclic sesquiterpene terpene. The humulene terpene is a significant component of the essential oil extracted from the hops plant’s blooming cone. Humulene is found in high amounts in plants, including cannabis and cannabis-derived essential oils, sometimes as high as 40%. Humulene is currently being studied for its potential as an anti-inflammatory drug that can also be used to treat allergies.

Pinene is the most prevalent terpene in plants, with basil, cedar, conifer trees, dill, eucalyptus, oranges (mainly the peel), parsley, pine trees (mainly the needles), rosemary, and literally hundreds of other plants producing substantial amounts. It’s even in turpentine, which has been used as a cleanser, medicinal, and paint solvent for thousands of years. Given that turpentine is distilled from pine trees, this makes sense.

Though more research is needed to confirm pinene’s effects and advantages, the following applications are currently being researched:

Turmeric, which also contains terpene farnesene, has many predominant anti-inflammatory qualities. It has been proved to benefit those suffering from illnesses like arthritis.

Ocimene is a terpene that gives certain cannabis strains their sweet and herbaceous flavors, as well as lemony and woody undertones. Although there’s still a lot to learn about what this strain does and doesn’t do, it may have a wide range of therapeutic characteristics as well as uplifting effects. Monoterpene, ocimene, can be found in a wide range of plants. Ocimene is found in hops, kumquats, mangoes, basil, bergamot, lavender, orchids, pepper, and a variety of other plants. Ocimene is also thought to act as a protective agent or as part of a plant’s natural defense system against dangerous substances. Aphids, which can be very damaging to cannabis plants, avoid strains that contain this terpene, just as mosquitos avoid citrus oils in certain kinds of geraniums.

Linalool is a terpene found in cannabis, as well as numerous floral and spice plants. It has a flowery aroma with a dash of spice. Linalool is employed in numerous commercial applications due to its natural origins and a pleasant aroma. It’s a popular fragrance in soaps, shampoos, and hand creams. It’s also commonly used to impart a natural aroma to cleaning supplies and detergents. Linalool is a widely used terpene that has also been reported to be effective against fleas, fruit flies, and cockroaches.

All in all, terpenes are responsible for making the most of your medical marijuana treatment. It’s important to consider the primary and secondary terpenes present in cannabis products when making your selection, in order to effectively treat your qualifying condition. Having the right terpenes present in your medical marijuana, can help you find relief to your chronic condition, sometimes even more effectively than the THC content present in cannabis.

Click Here to learn more about what My Marijuana Card’s state-certified marijuana doctors can do for you, or give us a call at 877-783-1805 and our friendly patient coordinators will set an appointment and walk you through the process of receiving your own Medical Marijuana card. ​​Get your South Dakota marijuana card today online!