South Dakota is among five states voting on recreational cannabis initiatives this November. If this sounds familiar, it’s because this isn’t the first time South Dakotans are voting on the issue. Two years ago, voters approved a Constitutional Amendment to legalize cannabis for adult use, but it was stopped by a lawsuit. Advocates are trying once more in 2022 with Initiated Measure 27 (IM 27), and while we wait with high hopes for the outcome, there’s one thing you can do to better position yourself for the possibility of a recreational market: get or renew your South Dakota medical card.

Initiated Measure 27 and What It Means

In 2020, South Dakota voters passed Constitutional Amendment A by 54 percent to legalize recreational marijuana for adults, but it was later deemed unconstitutional by a lawsuit that ruled it violated state law. So, advocates are trying again.

This Election Day, November 8, 2022, South Dakotans will have the opportunity to vote for IM 27 which legalizes “… the possession, use, and distribution of marijuana.” It’s a vague measure that legalizes adult-use cannabis but leaves the logistics of the recreational program up to the state.

The perks of having your medical card in a recreational state are worth the paperwork. Not only can it save you money, it can increase and improve your access to different products and consumption methods.

A Medical Card Gives You Access to Cannabis Now

If IM 27 passes, the recreational program won’t take effect until June 2023, which means South Dakota consumers likely won’t have access to adult-use cannabis until 2024. With a South Dakota medical card, you have access to the state’s medical dispensaries now and can purchase three ounces of cannabis flower or equivalent amounts of concentrates, edibles, vapes, etc. every 14 days. And you’re protected under law to have it.

A Medical Card Could Save You Money

Like other states, South Dakota’s recreational marijuana program will come with its own tax structure, one that has the potential to be pretty steep. There are different types of taxes that states choose to levy on cannabis, including percentage-of-price taxes (i.e. ad valorem tax), weight-based taxes, potency-based taxes, and/or an excise tax, though that’s usually just a percentage-of-price tax.

Across the country, recreational cannabis taxes range from 7 percent to nearly 40 percent. Members of medical programs, however, are often exempt from these taxes. Meaning, if you have your South Dakota medical card, you likely won’t have to pay as much in taxes at checkout as those without a medical card will once recreational use rolls out.

A Medical Card Could Exempt You From THC Caps

At this point, Vermont is the only state with THC potency limits on recreational cannabis, allowing for up to 30 percent THC in flower and 60 percent in solid concentrates. They don’t, however, have any caps on products for medical marijuana patients.

A THC cap initiative has already been tried and struck down once in South Dakota, so it’s possible it could happen again. Being a patient in South Dakota’s medical marijuana program could potentially offer you exemption from any THC limits that might come out of recreational legislation as it does for patients in Vermont.

States like Illinois don’t allow recreational consumers to grow their own marijuana at home, but medical patients can. Right now in South Dakota, medical marijuana patients can grow four cannabis plants at home so long as only two plants are in the mature stage at a time.

Because IM 27 is vague and leaves the logistics of the program up to the state, there’s a chance South Dakota’s recreational program won’t allow for any home growing. With a medical card, you may be able to continue growing at home.

One thing a lot of medical programs have that no recreational programs do is reciprocity. That means if you have your medical card in one state, say South Dakota, you can use it in other medical states, so you still have access to your medicine even if the state you’re visiting doesn’t have an adult-use market. 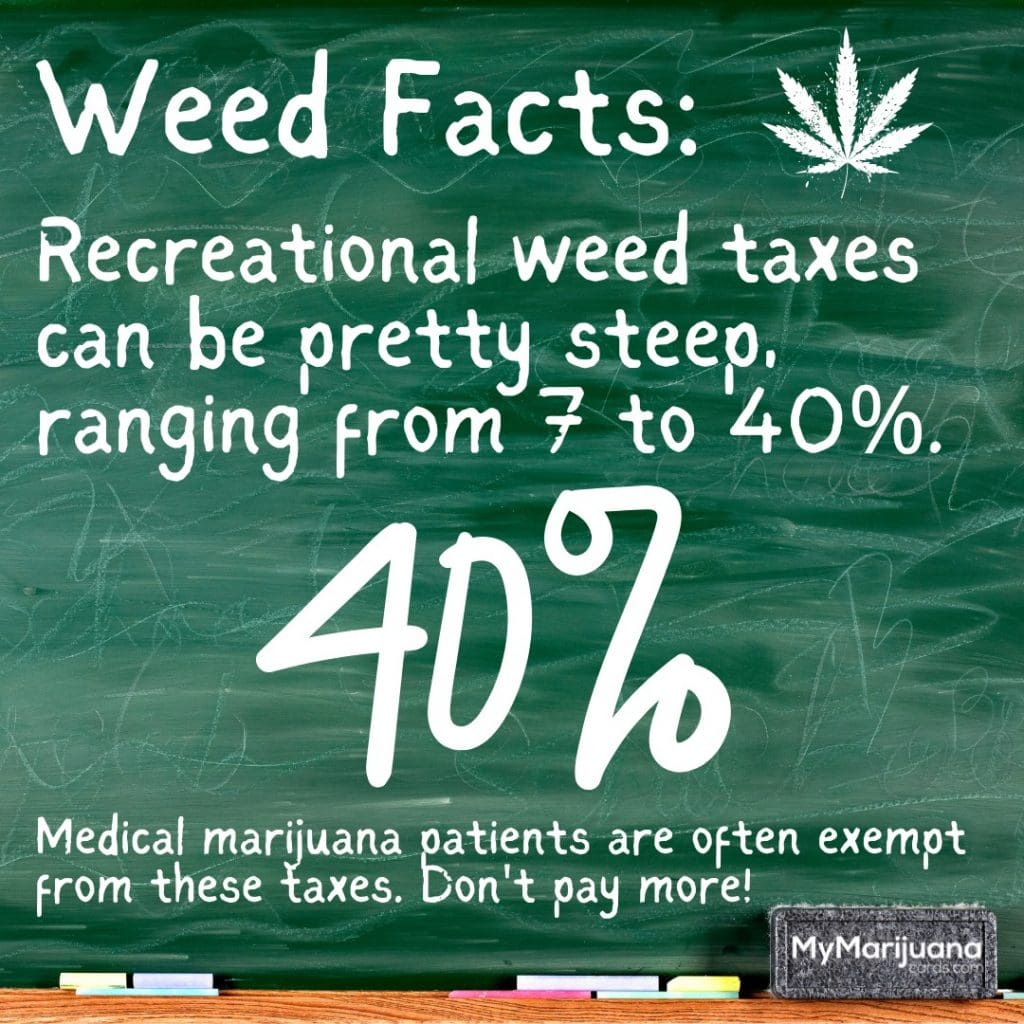 How To Get Your South Dakota Medical Marijuana Card

Getting your South Dakota medical marijuana card is quick and easy with My Marijuana Cards. To secure your card, follow these four simple steps.

We make this process super easy for you. Click here to book your appointment online or call us at (877) 783-1805 to schedule an appointment with one of our state-licensed doctors.

It’s best to go into the appointment with medical proof or documentation of your qualifying condition, such as medical records, office visit summaries, or an official letter from a physician declaring your diagnosis. If you lack medical documentation, give us a call and we can schedule you with a doctor to diagnose your illness, followed by a doctor who can confirm your program eligibility. We don’t charge extra for the diagnostic.

2) Fill Out Your Intake Form

After you schedule your appointment, you’ll be invited to fill out intake forms in preparation for your visit with the doctor. These forms only take about five minutes to fill out, and they’re required to be completed before you can meet with the doctor.

3) Meet With a Doctor

Your visit is a brief 10-15 examination to determine whether or not you qualify for a South Dakota medical card. We have a 99 percent acceptance record and an unconditional money-back promise!

Once our doctor authorizes you for the program, they’ll create a patient certification for you in the state’s patient portal. After they do that, you’ll receive an automatic email from

noreply@sd.airlift.app that will walk you through the steps for making your account with the program. If you don’t see the email (remember to check your spam folder!), you can always go to medcannabisapplication.sd.gov to start the patient application process.

Election Day is right around the corner. The race is predicted to be a tight one, so we need every South Dakota citizen in favor of recreational marijuana to show up to the polls and vote YES on Initiated Measure 27. Find out where you can vote here.

While you’re waiting for the results and the program to take root, start your medical marijuana card application process so you can still have legal access to cannabis in South Dakota.